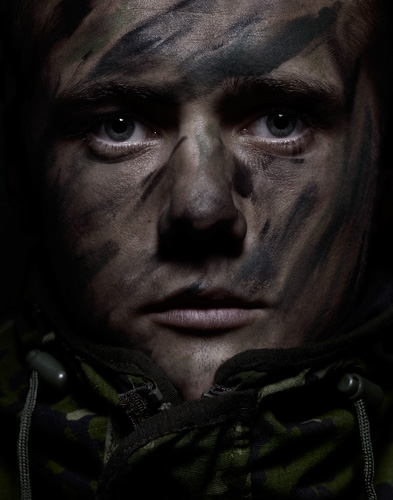 Just rewatched  the brilliant  Danish documentary Armadillo by director Janus Metz. There has been a lot og debate around here, especially about the way the soldiers cheer after killing. Despite the action packed scenes, you see that underneath the macho stuff, many of these these guys are marked for life.The quiet moments in the film says it all I think. I was in Afghanistan for Euroman Magazine at the time 3 Danish soldiers where killed, and among the first to know outside the camp.The mood was pretty low to put it mildly.The portrait above of a young Danish soldier photographed in training camp, a week before going on his second & at the time last mission. He signed up again, but made it home safe.