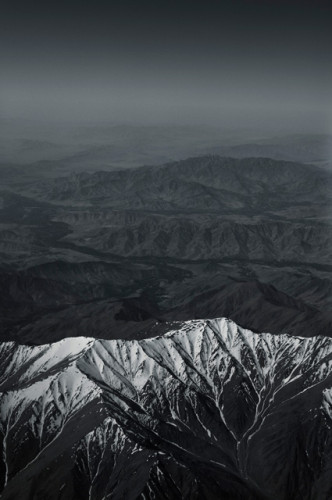 It was peaceful on the plane.People where sleeping for the most part.I was going along with the army and a bunch of journalists.I had a whole row of seats to my self but  could’t sleep, so I just looked out the window holding my camera close by.

Eventually I must have dozed off for a while.
When I opened my eyes again, I had this amazing view over Afghanistans snow covered mountains  in the rising sun.Out of around 300 frames this was perfect, and ended up on the opening spread for the main story about corruption in the Afghan police force.
© Kenneth Rimm